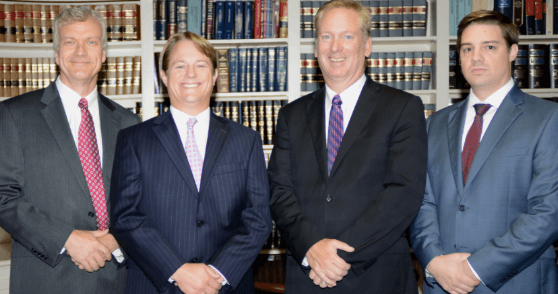 Introducing the sponsor of tomorrow evening’s Thursday social, Scott Stolte from Ayers and Stolte, P.C! Scott Stolte is a shareholder and Senior Partner in the Richmond, Virginia law firm of Ayers & Stolte, P.C. He is also fraternity brothers with Neumann+Dunn co-owner Rick Stockel and has known him since 1980! Ever since Rick joined the Neumann+Dunn team, Scott has been working with N+D. He first got interested in practicing law because his mother’s cousin wa 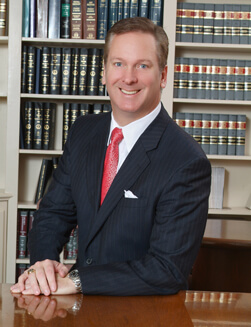 s a lawyer and her uncle was a judge in New York. The Ayers & Stolte firm does it all however, most of Scott’s practice is residential and commercial real estate, corporate/business mergers and acquisitions, and estate planning and administration. Scott seldom gets away from work, but he loves to travel with his wife and friends, play golf, hike and spend time with his two dogs!

Mr. Stolte is a Registered Real Estate Settlement Agent under the Virginia Consumer Real Estate Settlement Protection Act.  He earned his B.A. degree from the University of Richmond, Virginia, in 1984 and his Juris Doctor Degree from the TC William School of Law in 1987.  Mr. Stolte is an Eagle Scout and Vigil Honor Member of the Order of the Arrow, avid supporter of the Boy Scouts of America, and regular patron of SCAN (Stop Child Abuse Now), the Richmond Ballet, and Neighborhood Housing Services of Richmond, Inc. which is a private, non-profit organization created specifically to present opportunities for low- and moderate-income families preparing to purchase affordable homes and to strengthen communities in Richmond and other communities in Virginia. He is a frequent lecturer to various realtor organizations and for the National Business Institute on contract drafting techniques title insurance issues, ethical issues and on how to prepare and conduct a successful Commercial Closing.

First time homebuyers looking in areas of town that are very popular and hard to find a home without having to get into a bidding war.

I do not rush my clients but work to give them advice based on my selling real estate for over 2 decades in the Richmond area so they can make the best decision for their situation. Worked with clients and saw some good homes. But the home they ended up buying was head and shoulders the best home for them and for future resale.

They found an amazing home in a fantastic area of town.

"Rick Stockel is the most exemplary real estate agent out there. My fiancé and I were first-time home buyers, and Rick took extra time and care to explain every step of the process to us. He patiently took us around houses for hours and hours and never once made us feel rushed. He was also upfront about which homes were better investments and how to get the most for our money. Rick gives his clients undivided attention, and cares to his all clients' needs. He is honest, ethical, and I felt 100% comfortable putting our trust and money in his hands. I know that my parents would be deeply grateful to have an agent like Rick take such exceptional care of us. He is a sharp businessman and has a heart of gold! Highly likely to recommend.”